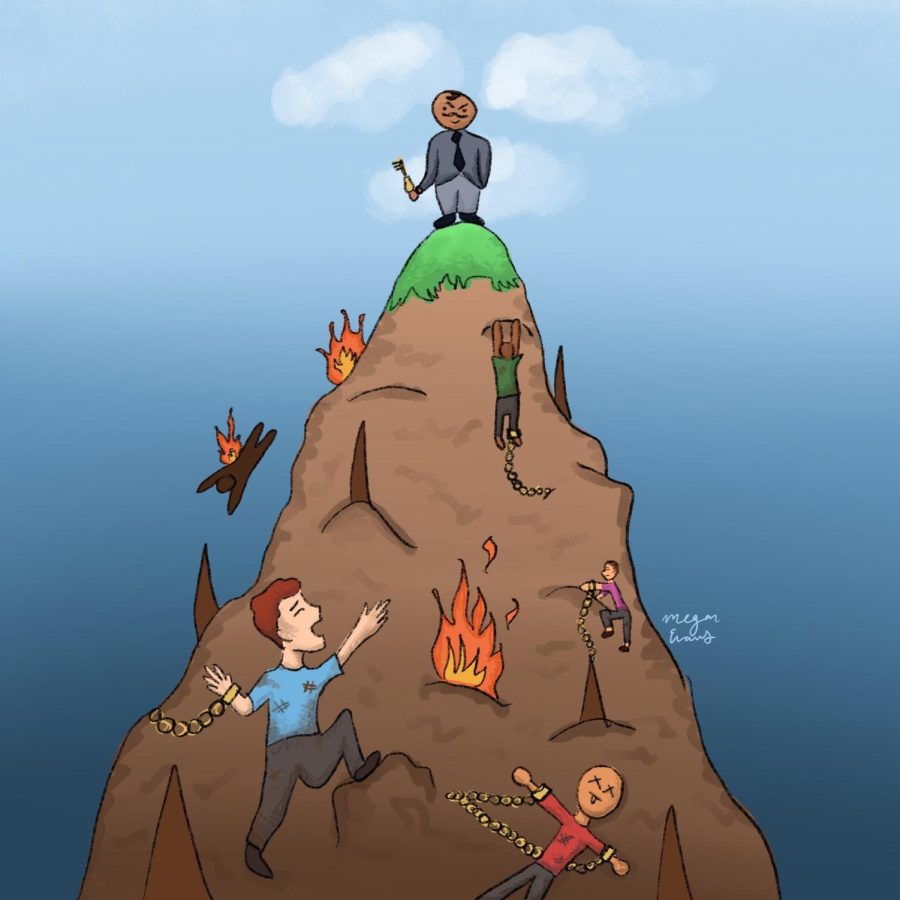 Power-hungry people will do anything to get on top of the chain of command, including hurting others.

For as long as humans have been around, there have always been people that have been considered “power-hungry.” Power-hungry people are people that will do anything to have power in their hands. People like this can be found just about anywhere, and a lot closer than one may think. But what these people do not know is that even though they feel good with the power they have, they are affecting many others and their lives.

When people want power, whether that be a position or title, they will do anything for it. People will go as far as backstabbing and hurting the ones they love just for this position. When they do this, this causes trust issues in the ones they love and can create huge problems further down the road. This can recreate long running mental health issues for people too. People that are power greedy have been known to break up families, and even hold the power to break up families that they are not in. But they do not care because all they think about is themselves and the power they wish to hold. They are not looking to benefit anyone but themselves and sometimes are not very good at hiding it.

Another major problem with power-hungry people is that they may not be worthy of the power they are given. In some situations, people can want a position of superiority just because it makes them look good, not because they deserve it. They may not have the right knowledge or background to fulfill the position. This can create a lot of problems within organizations because the person they are supposed to look up to for help may not know everything they need to. Because of that, it can make it hard for a person or an organization to move forward and improve because their leader does not know what to do next. Or it could make the leader come through as a lazy leader who does not want the organization to move forward because if the leader does not want to move the organization forward, why should they?

Power greedy people can have negative effects on themselves, other people and organizations as a whole. They can make themselves look like an unkind human being, and they can hurt or betray their loved ones. People need to realize that sometimes they need to put others before themselves in positions of power. Selfish people can lead to many problems for a lot of different people, and can affect the future for many that can last for many years to come.