Referees should continue officiating in sports 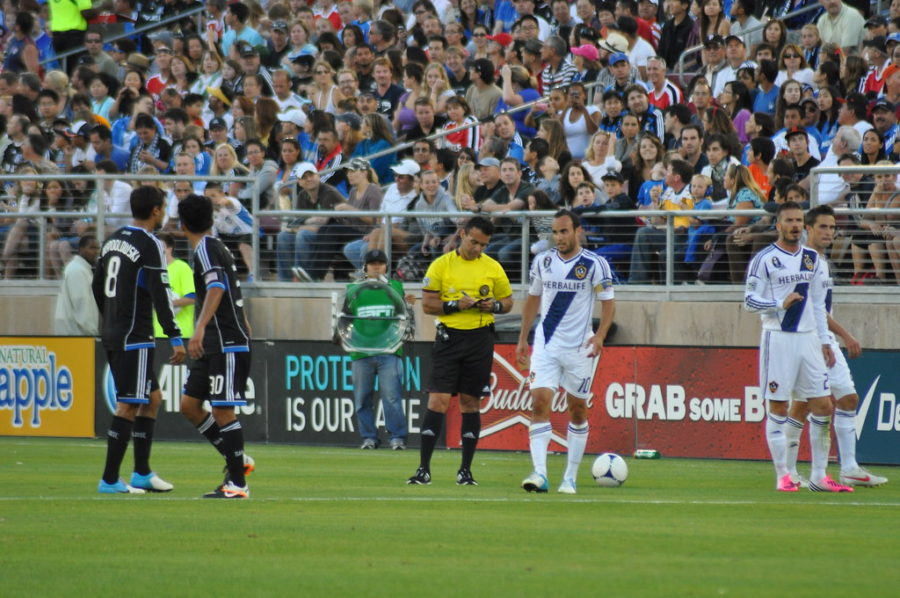 After calling a foul and giving a yellow card, the referee writes down the name of the guilty Los Angeles Galaxy player.

Sports players have all known the feeling of an official making the incorrect call. Often, players say that the referees cost them the game. However, as weird as it may seem to say, referees make sports fun and exciting.

Sometimes the wrong decision can make a game more thrilling. For example, how fun would a game be if a robot or machine called every pitch that barely got in the strike zone a strike? Furthermore, how much fun would soccer players have if every miniscule foul was called a foul? As shown, the perfect call is not always the best call.

Of course, there are times when a decision can be very questionable or plainly ridiculous. Still, officials will make mistakes since they are human. This leads into the next main argument of why referees should continue officiating in all sports.

Doesn’t every person who works in a job make a mistake at one point in their lives? Surely, a financial consultant has made a miscalculation or a construction worker forgot to add a vital piece to a building. Their jobs aren’t nearly at as much risk of being replaced though as a referee.

According to Ohio University, there were between 300,000 and 350,000 referees who were able to officiate high school sporting events in 2018. Since then, this number has slightly declined, as younger people have not been interested in officiating. Imagine how many jobs would be lost if machines completely replaced human refereeing.

For some, refereeing is the only job people have to pay the bills and feed their families. If machines completely replaced all officiating, the effects on those former referees would be detrimental and deleterious.

In addition, professional sports organizations already have an instant replay system installed. Coaches can challenge a play and have other officials go back and look at the footage more closely in order to make the correct call. For example, an NFL coach could throw a red flag to challenge a play, as long as that play is reviewable. This allows the call to be corrected if it is a horrendous decision. Replay systems are the main way leagues try to limit wrong calls.

Finally, there really is no possible way high schools would be able to afford to replace referees. According to Athletic Panda, in a single soccer season, the cost of using VAR (Video Assistant Referee) was approximately 6.5 million dollars. This number alone should justify why high schools can’t get rid of officials.

Even if schools were able to afford a video replay system, games would be much longer and run less smoothly. Having to look at footage in order to make the right calls in high school would take a significantly larger amount of time than if a referee just made a decision.

Although players, coaches and fans like to complain about referees, officials are vital to sports all across the globe.