Biden administration makes many changes in U.S. during first months in office 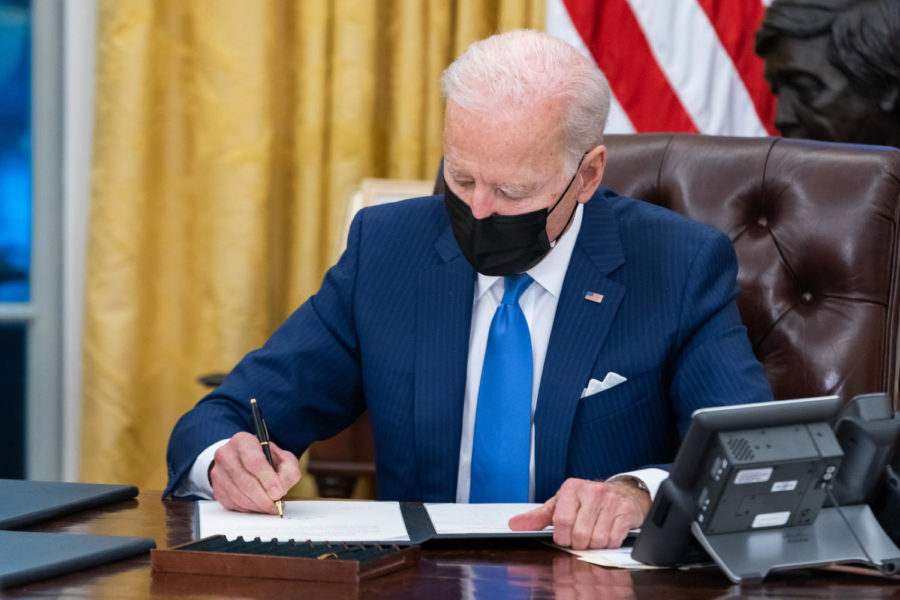 To start, Biden has made 34 executive orders during his time in office. Nineteen of those orders were signed and published in only the first week of his presidency. A majority of the orders were enforcing wearing masks and other COVID-19 related mandates. The others were mainly focusing on equality for the LGBTQ+ community and different ethnic minorities.

Biden has tried to make the United States a bigger part of LGBTQ+ rights movements around the world. He said he looks to follow the path that former president Barack Obama took.

“When we defend equal rights of the people the world over, of women and girls, of LGBTQ individuals, indigenous communities and people with disabilities, the people of every ethnic background and religion, we also ensure that those rights are protected for our own children here in America,” Biden said.

Also, Biden reversed many of Trump’s actions. In June 2017, former President Trump left the Paris Agreement, which is a committee focusing on climate change. As soon as President Biden got into office, one of his first actions was to get the United States back in the Paris Agreement. This was only one of the instances that Biden did the opposite of what Trump did.

Biden was always adamant about cancelling student loans and debt. The administration has freezed payments for student loans, but contrary to what he said before, the loans will not be cancelled.

One of the biggest controversies of Biden’s presidency so far was dealing with the Keystone XL Pipeline. The Keystone XL Pipeline is worth $8 billion and is roughly 1,200 miles long; it runs through the United States and Canada. Biden made an executive order to shut down the pipeline on his first day in office. It was rumored on social media that there would be thousands upon thousands of people who would lose their jobs due to the Biden administration’s decision. Actually, there were only roughly 1,000 jobs lost, which is a lot better than 11,000 or more people losing their jobs.

Additionally, the COVID-19 vaccines are still being distributed all around the country. Biden claims that the United States will have vaccines for all adults in America by May. He said that the administration is going to focus on getting vaccines to teachers and school staff.