Christmas music spikes during the holidays 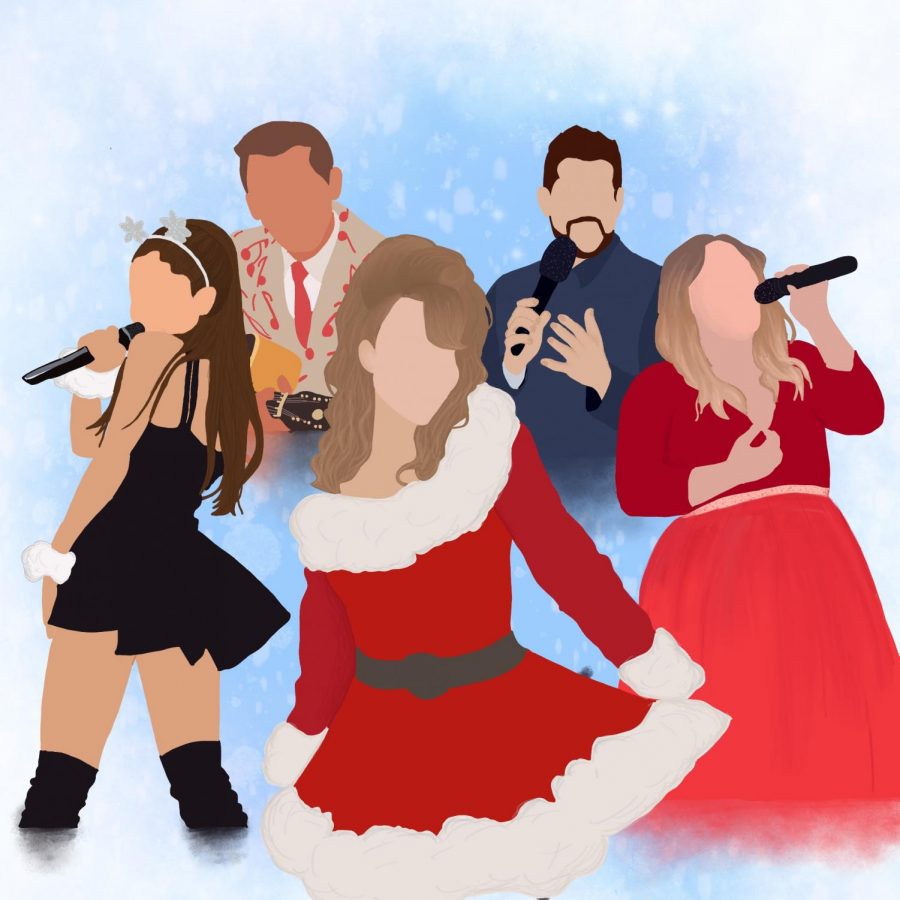 Every year when the month of November arrives, Christmas music starts popping up on radios and in stores across the country. Listeners may not think about how popular Christmas music is and how it is a very well-known genre of music that is enjoyed in many different places. There are many facts and figures behind the Christmas music industry that do not receive any attention. Everyone is just in the holiday spirit jamming out to some festive tunes and they may not realize the business behind the songs.

On Dec. 1, the United States’ daily Spotify chart had “All I Want for Christmas Is You” by Mariah Carey sitting at No. 2 in all genres. That same day, this festive holiday song was ranked at No. 1 in the United Kingdom and Canada. It also appeared high up on the list in many other countries. It was No. 19 on the all-genre global top 50 chart that week, which was only the beginning of the holiday season.

“I think Mariah Carey’s ‘All I Want For Christmas Is You’ is definitely the most popular Christmas song. I believe that because right after Halloween is over, that song slowly starts popping up everywhere,” sophomore Madison Sanders said.

Sanders was definitely correct because Carey’s upbeat tune took over the charts in only the first week of December. In 2016, this song had produced over $60 million in royalties since its debut in 1994, and the numbers have surely increased since then.

A newer song that has been successful on the Christmas charts is “Santa Tell Me” by Ariana Grande. Grande released this song in 2014 as one of her first original holiday songs. Grande was an actress on several Nickelodeon shows before her singing career skyrocketed, so her audience was mainly kids and teenagers. “Santa Tell Me” peaked at No. 1 on the Billboard Global 200 chart on Jan. 10, 2015 and appeared on the chart for 31 weeks. This upbeat melody has been spotted on the Spotify charts many times too.

These are only a few popular Christmas jingles. Other chart-toppers are “Last Christmas” by Wham!, “Underneath the Tree” by Kelly Clarkson, Michael Bublé’s version of “It’s Beginning to Look a Lot like Christmas” and “Jingle Bell Rock” by Bobby Helms.

Not only does Christmas music get people in the spirit for the season, it creates great revenue for artists and makes the industry larger. There are many facts, statistics and stories behind the songs, listeners just don’t realize it. There are a lot of different sounds and variety to Christmas songs, and there is something for everyone.

“I believe there is a wide variety of Christmas songs because of the different meanings, and they all just sound different in their own unique way,” Sanders said.