Average Americans rely on coffee on a daily basis 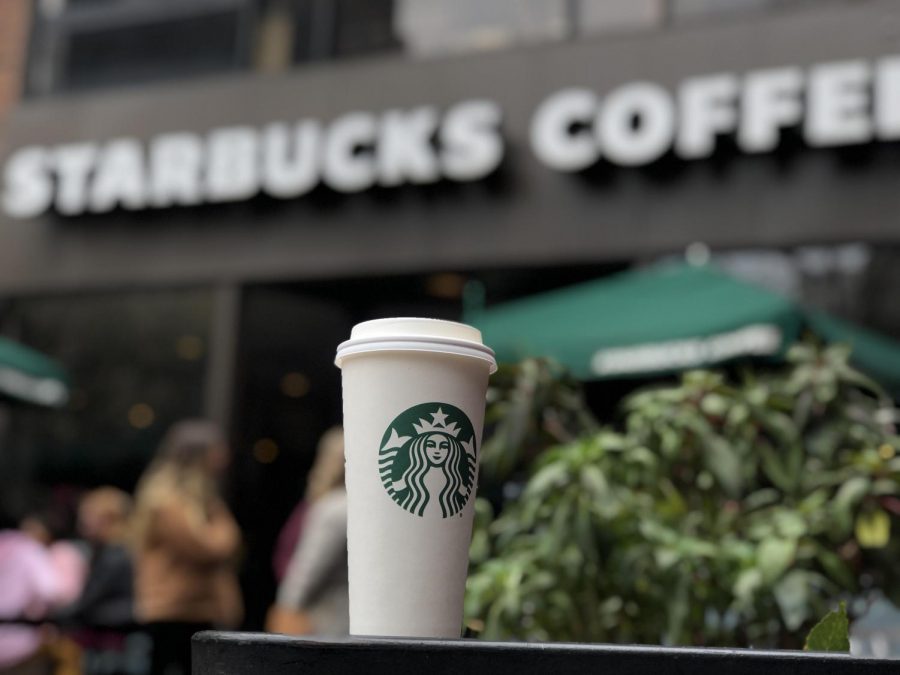 Starbucks, one of the biggest coffee house chains worldwide, is a place many depend on to help them get throughout their day.

With over 400 million cups of coffee being consumed every day in the United States, are people becoming too dependent on coffee? On a daily basis, 64% of Americans consume at least three cups of coffee, according to Centers for Disease Control and Prevention (CDC), throughout their day. While coffee has been proven to not be addictive to humans, it is becoming a source most humans lean towards to help them focus throughout their day.

When asked on a scale of one to ten, how much do you rely on coffee to get you through the whole day, junior Emily Ostrowski said, “A solid 10/10. Without coffee, I would not be able to get out the door on time.”

On the other hand, sophomore Emily Frashure said, “I rely on coffee seven out of ten times.”

Coffee is a source most teenagers, from the age of thirteen to eighteen, lean towards to help them focus throughout their daily tasks including the most stressful, eight-hour school day.

“I always bring coffee with me to school, as it helps me get through my first block,” Ostrowski said.

Researchers have said around 73% of American teens consume some sort of caffeine throughout their day, breaking down to 40% that consume coffee and the other 33% that come from either a huge range of sodas or types of energy drinks.

While doctors are not sure how much is too much to consume when it comes to coffee on a daily basis, they feel worried when the side effects begin to erupt.

Some side effects of coffee occur from drinking too much, but side effects mainly come when you have a withdraw from the average amount of coffee intake on a daily basis. Sophomore Alexis Rinere explained how she began to cut back on the amount of coffee she consumed and then following that, began to feel extremely tired and found it hard to focus in the classroom.

Both Frashure and Ostrowski explained how they have experienced extreme headaches from not consuming coffee. Other side effects included moodiness and feeling not much like themselves when they cut back on the amount of coffee they consumed. Ostrowski also explained, that if she would forget to grab coffee one day then she would be a total wreck.

Dr. Roger Barkin, a doctor at the Rocky Mountain Hospital for Children, said some side effects include, “…increased anxiety, increased nervousness and potentially significant sleep problems.”

Anxiety is commonly found in high school students, with about 25% of teenagers found to have an anxiety disorder. With the amount of coffee teenagers are consuming in this generation, doctors believe it is aggravating symptoms of bad anxiety.

When side effects begin to kick in from withdraw, it is too late to start worrying. These effects are heart-wrenching and are extreme issues that need to be addressed as soon as possible because they can extend for many years and even sometimes last a lifetime. Researchers are beginning to worry that these effects are what is pushing teenagers and average Americans to continue to drink the same amount of coffee each and every day. They feel like the effects are so bad that if they just continue to drink then the effects will go away and they will begin to feel “normal” again. Average Americans are relying on coffee throughout their entire day and are becoming far too dependent on this supposedly non-addictive drink.