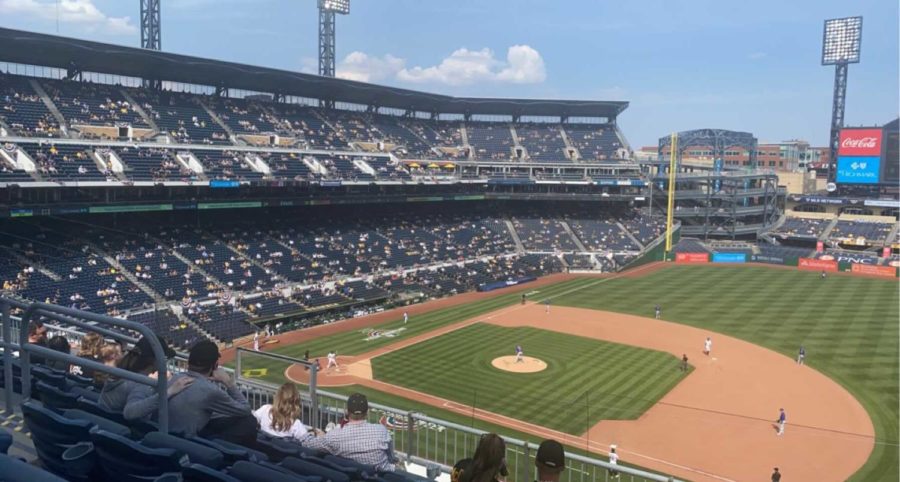 The Pittsburgh Pirates hosted their home opener on April 8 with a limited number of fans.

Finally, one year after the COVID-19 pandemic started, restrictions and mandates have begun to be lifted. Many stores and businesses around the country have started to open back up and restrictions in public places started to loosen up.

Pennsylvania’s Governor Tom Wolf loosened restrictions for bars and restaurants on April 4. Certified restaurants are now allowed to be open at 75% capacity, instead of 50%. People are able to sit at the bar and enjoy a drink again. Folks weren’t allowed to have an alcoholic beverage unless food was also purchased, but that restriction has also been lifted. Now, places like gyms, casinos, malls and movie theaters are also open at 75% capacity.

The spring season has finally begun, and that means Major League Baseball (MLB) has started back up. The 2021 MLB season started on April 1 and ballparks around the country were busy on opening day. Unlike the shortened season that occurred last year, fans are actually allowed to attend games. Capacity limits and COVID-19 restrictions depend on the location of the field. The Texas Rangers had a sellout crowd with no capacity restrictions for their opening day. On the other hand, the Pittsburgh Pirates only allowed a 25%capacity on their home opener at PNC Park. The Pirates required fans to wear masks and took many different measures to prevent the spread of the virus, such as only accepting online tickets and not allowing attendees to pay with cash.

Lifted mask mandates around the country

In Pennsylvania, the government still requires masks to be worn in public places. In some other states around the United States, though, mask mandates have been lifted. Texas’s Governor Greg Abbott completely lifted mask mandates on March 2. Abbott also increased the capacity limit to 100% everywhere.

“We must now do more to restore livelihoods and normalcy for Texans by opening Texas 100%. Make no mistake, COVID-19 has not disappeared, but it is clear from the recoveries, vaccinations, reduced hospitalizations, and safe practices that Texans are using that state mandates are no longer needed,” Abbott said.

Since the beginning of April, social distancing in schools has been lowered in Pennsylvania. Instead of having to stand six feet apart from one another, elementary students are allowed to be only three feet from one another. However, students should remain six feet apart when they don’t have their masks on. Also, if they are doing activities such as singing or exercising where a lot of exhalation occurs, they should stay six feet apart. As far as middle and high school students, the guidelines depend on each county. The state of Pennsylvania said they prefer for the older students to try and keep their distance, but not every county requires them to do so.