I’m not OK with this

Understanding, addressing sexual assault is important for all 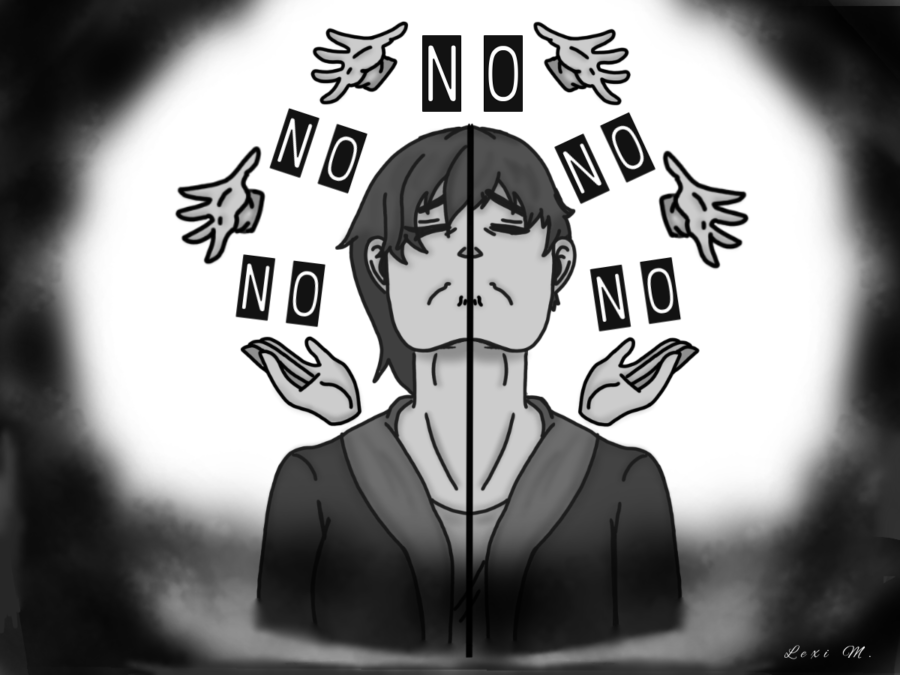 Sexual harassment is defined as “behavior characterized by the making of unwelcome and inappropriate sexual remarks or physical advances in a workplace or other professional or social situation.” Sexual misconduct happens every single day, to people of any age and any gender. Women are severely affected by sexual violence, as one in three women will experience some form of contact sexual violence in their lifetime, statistics from National Sexual Violence Resource Center said. Sexual misconduct is an ever-present and pressing issue that must be discussed. Teens are experiencing forms of sexual harassment more and more, and the issue is rooted in the fact that people don’t want to talk about it.

Understanding what sexual assault and sexual harassment are, is one of the first steps in discussing the issue. The difference between the two is that sexual harassment is a broad term for unwelcome verbal and physical sexual attention, and sexual assault is the sexual contact or behavior that occurs without consent. The stigma around talking about the realities of sexual assault and the severity of the issue is making it even harder for people to speak up and share their stories. Giving people the opportunity to speak up, be heard and not feel shunned is the main goal. It is not ever the victim’s fault, but always the victimizer’s fault.

When talking about the reality of sexual violence in the world today, the main point that needs to be talked about is the importance of consent. Consent is KEY. While this phrase may be thrown around a lot, it doesn’t make it any less true. Consent is an agreement between participants to engage in sexual activity, and it should be clearly and freely communicated between anyone involved. A verbal “yes” is obvious consent, but sometimes participants feel coerced into saying yes, meaning that changing one’s mind is always okay. Consent should be brought up several times and this the basis for a comfortable and well-communicated relationship. Consent should be talked about from a young age. Simply asking a child if a hug is OK, for example, is one way to start kids off with simple consent tendencies. Consent is also key when discussing sex education in school, and should be a major part of the discussion.

Sexual assault has major effects on mental health, that should not be looked over. Both short and long-term effects may occur, such as post traumatic stress disorder (PTSD), depression, anxiety, substance abuse, eating disorders and avoidance. Other effects of sexual assault include feelings of shame, guilt, fear and other emotions that may be fleeting but can also remain and be more severe. Those who have suffered sexual assault of any kind deserve compassion, support and unconditional positive regard.

Identifying and reporting sexual assault is extremely important. Having the background knowledge of what sexual harassment is, and how to spot it is a necessity. Parents play a key role in teaching their children how to identify sexual harassment as well as being an outlet for their kids to talk to. Preventing sexual assault starts with understanding what it is, asking for consent, having conversations regarding sexual assault, protecting oneself and making safe choices. This is a problem and needs to be addressed, and it needs to be discussed for the sole factor that it is not okay. If you or someone you know is suffering from sexual assault, please call 1-800-656-4673 for the National Sexual Assault Hotline.