Inside the mind of the MindHunter

A Netflix Original series "MindHunter" films all over Pennsylvania 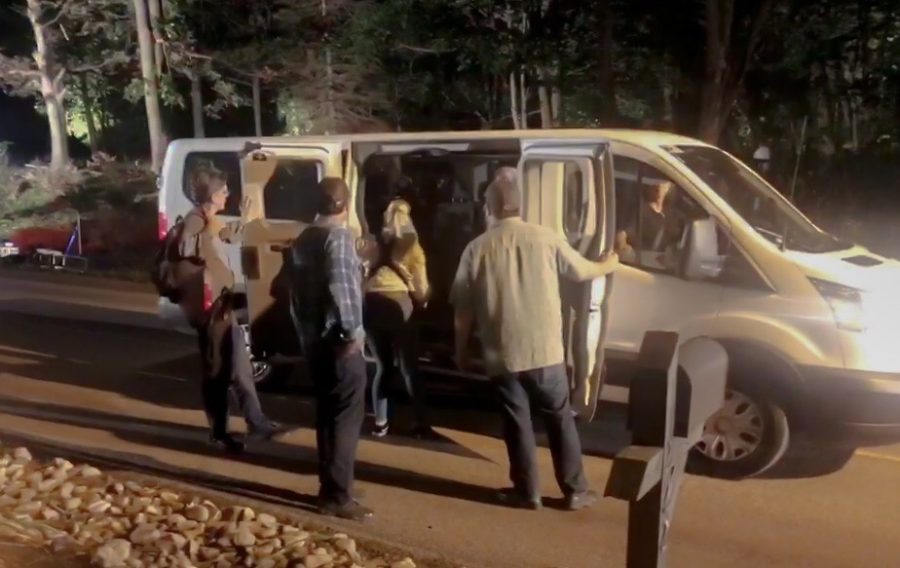 Lights, Camera, Action!  The spine-tingling Netflix original series MindHunter has decided to locate some of its scenes in Economy borough.  The mayor Jo Ann Borato described the process of getting the filming location set up fairly smooth.

“Their locations managers from the production company approached the borough and It went reasonably smooth and they presented what they wanted to do and how long it was going to take,” Borato says.

While the setup with the borough was fairly smooth, filming and working behind the scenes tends to get a bit more hectic.

“The scene is only going to be about 10 min of one single episode yet it takes nine-and-a-half hours to set up the scene get the lighting ready etc. but it is really worth it in the end,” an extra says.

While on set, there were many different people for all the jobs that are necessary to make this show a success. One of the biggest jobs being the lighting.

“It gets very hard especially when you are ‘on location’ which is what we call a location when it is not in a studio.” Bob the lighting director says.

Their main concern while shooting was not ‘wearing out their welcome’.

“The director is very particular about lighting and the way it affects the camera angles but also the residents and the people in the community are the main concern when it comes to the lighting and other effects needed to make this specific shot work,” Bob says

The first four hours were spent specifically on the lighting and getting the actors prepared for the scenes.

After all the actors and actresses arrived and the lighting and camera angles were perfect in the eyes of the director, it was time to start shooting one of the most important scenes for the second season.

“Almost after every big scene the cast will have a wrap party and just hang out and talk about what everyone did well and the final input and the ‘wrap’ of the wrap party is the director coming in and providing us feedback.” a police extra says.

As the camera was rolling and the actors and actresses were playing their part,
everyone witnessing the magic finally saw their hard work come to life making the stress and worry all worth it in the end. There is still filming to be done in the Beaver County and Pittsburgh but will be airing next year on season two of MindHunter.