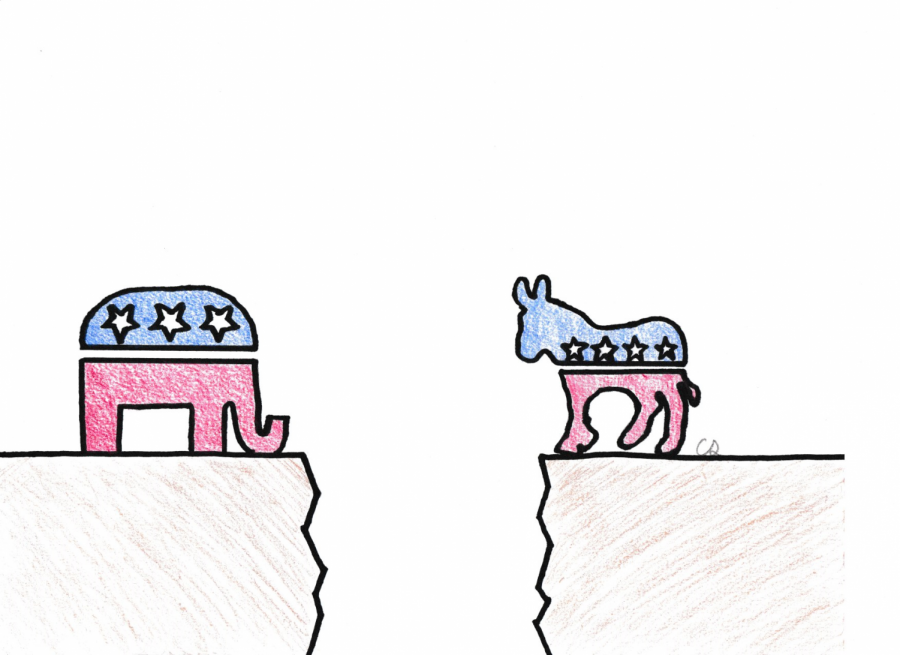 A representation of the current political environment in the United States

No matter the person, one is bound to hold personal opinions that others disagree with. In modern politics, this is decisions that affect people every day. The United States mainly functions on a two-party system with a few minor parties. With two major parties, people are pushed to the two sides, regardless of whether they fully agree with the candidates or not. Polarization is a negative consequence of this and has divided up the common man.

In an average two-party system, there is usually a majority and a minority. As people will usually vote along party lines, the majority often outvoted the minority. The beliefs of the constituents of the minority party, therefore, are not properly represented. If a person’s views are not being properly represented, why should that citizens feel the need to vote? It’s because they want change. They want to be represented. If a person had more options, wouldn’t more options create a more diverse, representative government?

Divisions can as a result of polarization can create tension between groups of people. Even though there might be only a few differences in opinion, a few points can be enough to create groups that ignore what the other has to say. This leads to a hindrance in productivity and denies a positive working experience for both sides.

Through people aligning themselves with certain sides, like Democrats and Republicans, there is a well-known hostility between different sides. Though politics aren’t necessarily a part of the average person’s life, politics make the decisions that rule over many decisions that the common person makes every day. Divisions in politics push people to one side or another and force people to side a certain way. Whenever politicians cross part barriers on a partisan issue, it often makes the news. Shouldn’t their decision be based off theirs and their consituations beliefs? Polarization pushes people to make certain decisions that might not truly represent what that person thinks is right.

Even on a local level, polarization has its effects. When it comes to some school-related issues, it is important for the community to work together to best develop a plan for the school district. By combining opinions from a variety of sources, the administration can form a plan so the best possible future for the district is possible.

Though a two-party system is the normal in the United States, countries all over the world have a multi-party system that works for them. Though not all arguments are political, most arguments can benefit from finding common ground instead of having people grouping themselves away from others.