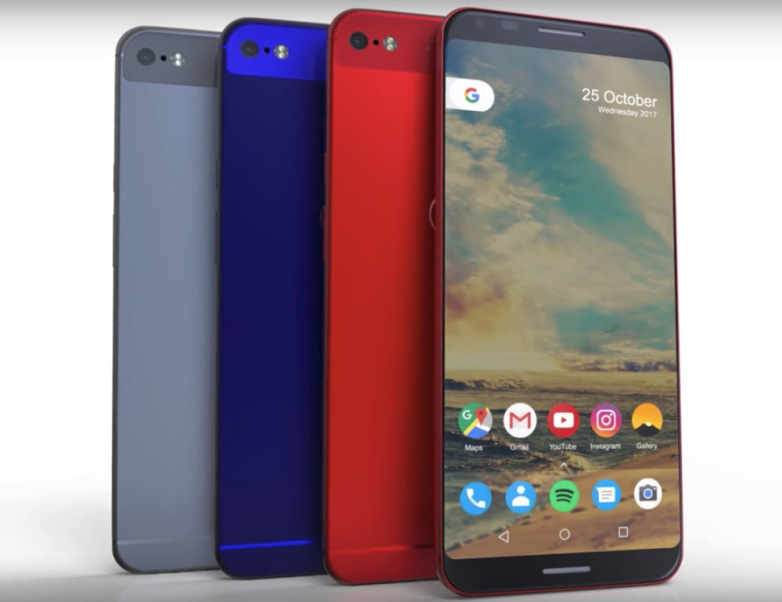 The new Google Pixel 2 is modeled to show off the phone to possible consumers.

After a long year of drops, spills, and cracked screens, maybe it’s time to get a new phone.With all of the new technology out in our world, how does one determine which device is the best option for them?  There are two new popular phones that have been released. Both have interesting features and both are popular.

Both Google and Apple have released new, popular devices: the iPhone 8, iPhone X, Google Pixel 2 and Google Pixel 2 XL. Both companies manufacture products that function well, but the decision must be made by the consumer. They need to evaluate which of the new phones prove to be the best option for their particular needs.

The Google Pixel 2 has some features that are typical of new technology, such as increased battery life and a better quality camera.

Carter Huggins, owner of a new Google Pixel 2, shared his reasoning for choosing the new phone by Google.

“I saw really good reviews and I didn’t want to be stuck with Apple phones forever, I wanted to switch it up,” Huggins shared.

The moment Huggins was asked about the features that attracted him, he had one thing to say.

“I really like the camera quality and it’s really easy to navigate,” Huggins said.

Huggins shared his feelings about the best improvement from iPhone to Google Pixel.

“I found the interface [to be] the best improvement from the iPhone,” Huggins responded.

Now, as many iPhone users know, iPhones have the fingerprint scan on the home button, which the Pixel includes.

“The fingerprint scanner is on the back, which makes it quicker and easier to get into,” Huggins said.

Of course every phone has some downsides, and the Google Pixel is no exception.

“There is no headphone jack and the emojis aren’t very good,” Huggins said.

The Google Pixel’s downsides – according to Huggins– deal with simple functions such as music and texting. When it comes to technology, the concerns Huggins has aren’t essential to the phone’s function.

For any iPhone users who decide to make the switch to the Google Pixel 2, syncing the iPhone to the Pixel has been simplified.

“I had an iPhone and there was a cord I could connect that would sync my iPhone to my Google Pixel 2 in about 5 minutes,” Huggins mentioned.

The Google Pixel 2 has won, overall in Huggins’ perspective; it has proven to be an interesting phone for those who want to experience something other than an iPhone.

The new Google Pixel 2 has proven itself to be interesting and useful to many, including Huggins. In an age of new technology, there is surely improvements to devices, and cellular technology is no exception.