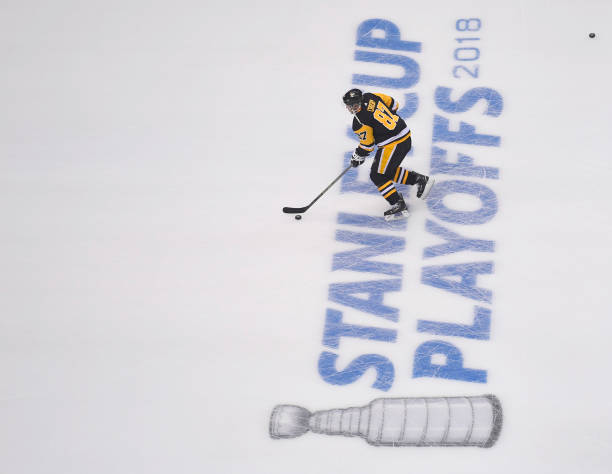 There’s no doubt that for a sports fan, April to June is the most exciting time of the year: playoffs. The National Hockey League (NHL) and National Basketball Association (NBA) playoffs take place during this time every year and produce large amounts of income from the consumers. Both playoffs are very exciting to watch with some of the biggest names in sports coming together on the biggest stage. Names like LeBron James and Sidney Crosby. The question is, which sport is actually more exciting to watch at this time of year? The answer is simple, really: it’s the NHL.

To begin, the NBA championship trophy leaves a lot to be desired, standing at a measly 24 inches tall, weighing only 14.5 lbs. Also, a new one is made every year. Comparing that to the NHL trophy makes it look like a little league basketball trophy. The Stanley Cup is much larger, coming in at 35.25 inches tall, at a whopping 34.5 lbs., according to the Hockey Hall of Fame. The same one is awarded to the winner every year and it has since its creation in 1893. Aside from that, how would you like to actually get your name engraved on this trophy and be a part of your sport’s history forever? Which would you rather hoist above your head while 18,000 people scream your name?

Next comes the athletes. Athletes of almost every professional sport have to be in tip-top shape to be at the top of their game and perform to the best of their ability. In some cases, this means playing through injuries. In the first round of the 2018 NHL playoffs between the Pittsburgh Penguins and Philadelphia Flyers, Flyers forward Sean Couturier suffered a torn MCL (ligament on the inside of the knee). He played through this and even scored a hat trick (three goals) in game six, even though the Flyers lost.

These things happen all the time in the NHL. In the NBA, guys like LeBron James get carried off court because they are “getting cramps” because it is “too hot.” This happened in the first game of the 2014 NBA finals between the Miami Heat and the San Antonio Spurs.  Sacrifices need to be made, even while in pain, to bring success.

The aspect of the game that makes the NHL the most exciting sport to watch is the intensity. The body checking, the fights, the fast breaks and big saves all make hockey the most fun and unpredictable to watch sport. Sure, every sport brings the intensity up during the playoffs, but nobody does it like hockey players do. Almost non-stop action for three 20-minute periods is the epitome of what playoffs sports should be. Sure, basketball has a fast break every once in a while, with the heart-pounding moments and surreal plays, but it is nothing like the war happening on a 200 ft. sheet of ice that is often referred to as “hockey.”