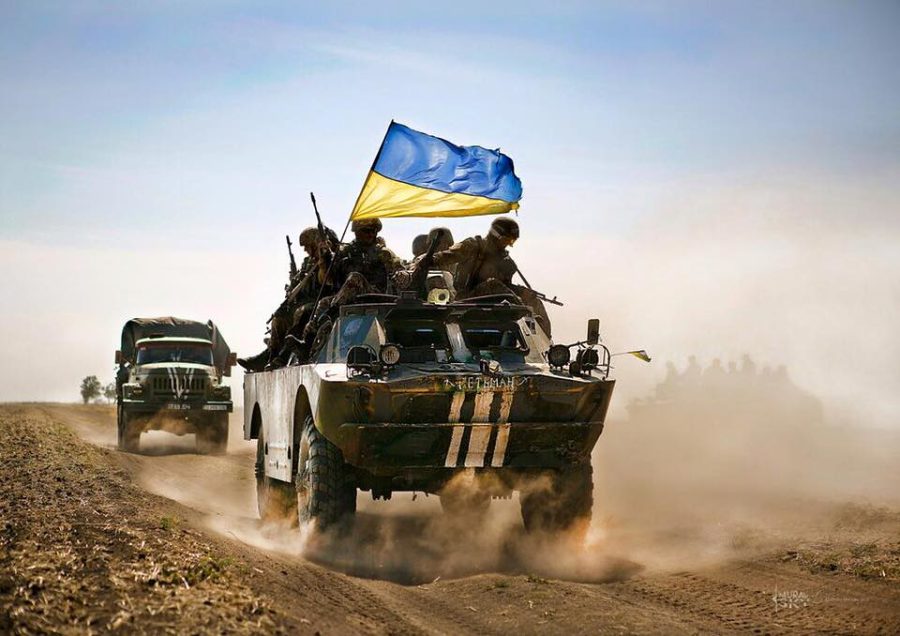 Ministry of Defense of Ukraine

Death tolls for both sides are increasing every day. Thousands of men, women and children have lost their lives so far.

Over the course of the past several weeks, the threats of violence from Russia have turned into war. The line of troops, tanks, artillery and missiles are no longer being used to pressure the Ukrainian government. They are making their way to Kyiv, the capital of Ukraine, killing many innocent men, women and children along the way.

The invasion started on Feb. 24. Since then, Russia’s president, Vladimir Putin, has taken any means necessary to achieve his goal of demilitarizing Ukraine and capturing territory for Russia. This includes the possibility of war crimes. United Kingdom Prime Minister, Boris Johnson, has accused Vladimir Putin of committing war crimes based on his bombing of civilian homes and even a hospital. There has been lots of speculation that some of the bombs Putin has used are illegal in war. International humanitarian law prohibits the use of inherently indiscriminate weapons such as thermobaric or “Vacuum” bombs and cluster munitions, both of which Russia has been accused of using. These bombs are banned because they cannot have a single target. They inflict large amounts of damage onto many innocent lives.

Russia has announced its terms that Ukraine needs to follow for the war to come to a swift end. Russia will stop “In a moment” if Ukraine meets the following criteria: Ukraine ceases military action, Ukraine changes its constitution to enshrine neutrality, acknowledges Crimea as Russian territory and recognizes the separatist republics of Donetsk and Lugansk as independent states. Ukraine has not yet publicly responded and there is no information on how they plan to respond.

Though the distance is great, the war between Russia and Ukraine has had great effects on the United States and even here in Freedom. Gas prices are astronomical due to the shortages of oil and are only expected to go up. Gas prices over four dollars can have drastic effects on high school students and their ability to pay for gas to go to school, sports and any job that they have. The war is also drastically affecting the stock market. While this might not pose an issue for many, it does affect the freshman class and their stock trading in their Computer Applications class.

It is not all bad news for any freshman students who invested in alternative oil and defense stocks because they can be seen climbing the leaderboard thanks to the war.

With a wide range of possibilities, no one is sure when or how this war will end. One way or another, the conflict will end and tensions will lower. All that the United States can do is add additional sanctions and aid Ukraine and the Ukrainian people with firepower, food, water and any additional supplies that they could need.