Standardized test scores are not accurately reflective of students abilities 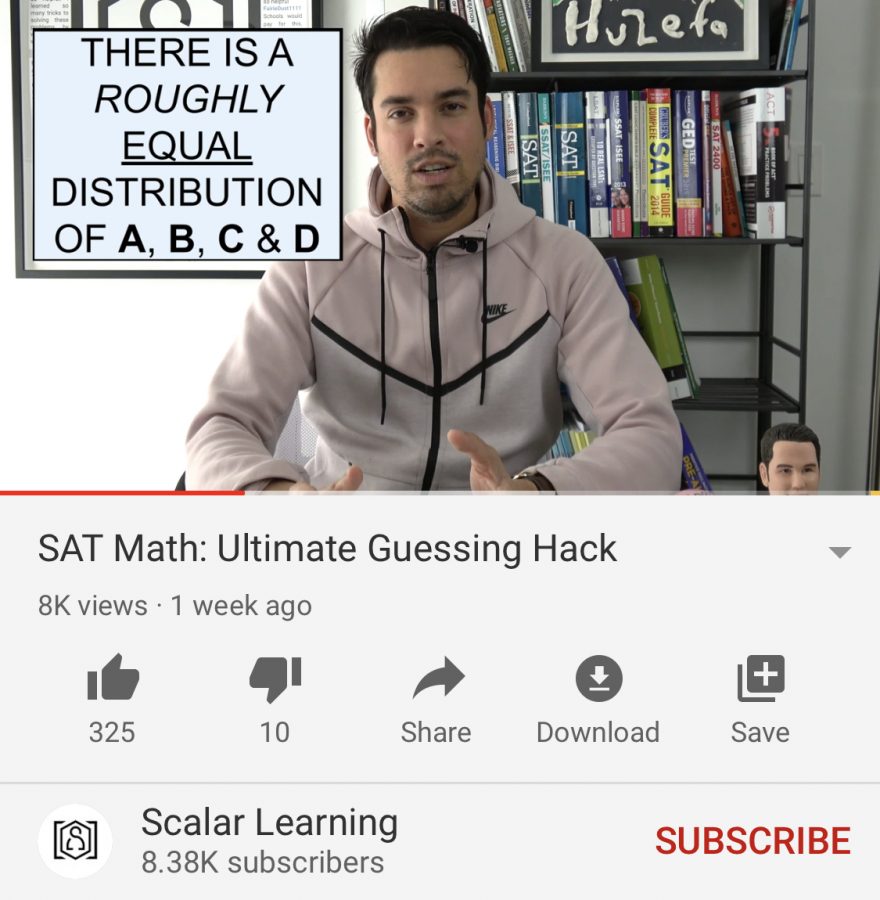 There are many videos that exist on the internet giving advice to students for standardized testing. This video shows a man telling his viewers the best way to guess on the SAT Math section.

On Oct. 16, high school students from all over the nation participated to take the Preliminary Scholastic Aptitude Test (PSAT), a roughly three-hour standardized test judging a person’s skills in reading, writing and mathematics. The results of these tests were released to students between Dec. 9-11, depending on which state they took the test. However, unless students plan on applying for scholarships that require you to take the PSAT, these scores do not really mean anything.

In the eyes of almost everyone, this test is a practice standardized test. The real tests that have a significant value to students are the Scholastic Aptitude Test (SAT) and American College Testing (ACT). These tests do the same as the PSAT, testing a person’s knowledge of core subjects, but they take it to a higher level.

Colleges all over the United States require students to take these tests, some of them asking for a certain score range. This adds pressure to a student to think that in order to get into the college of their dreams, they must not only take the test but also try to reach a score range that they may not be capable of achieving.

Standardized testing stresses a lot of students almost every day. But these students should not be anxious or stressed. These standardized tests are not only unfair but they also fail to paint the picture of who the student taking the test is actually like.

Even though most of the questions on these tests are multiple-choice, a student basically has almost less than a minute to answer each question if they want to answer everything in a section. This is unfair. If a student has little time to answer involved questions, such as the ones found on these tests, that will cause them to rush through and most likely miss questions they did not have enough time to answer. If the goal is to test the general knowledge of a student, there shouldn’t be a time limit. Students should be allowed to take their time so they can give an answer that they are confident with.

Also, these tests end up falling short to test what you actually know. Multiple schools have courses solely preparing students to take the SAT/ACT tests. There are also multiple websites and videos across the internet that teaches people what to do on test day and how to get the best score possible. There are even strategies for guessing when someone comes across a difficult question or a different approach to each question. Therefore, what one might end up learning in class might not even appear on the SAT/ACT, meaning that more preparation is needed to score well.

In the end, no college is going to judge an applicant solely on a standardized test score that the student achieved. A student is not defined by a number that they received from taking a test. Colleges should know that there is more to a student than just these scores. Not only do these tests automatically put some students at a disadvantage, but it is not reflective of the success of a student. Everyone is successful in many different ways and are recognized for their efforts not only academically but also on a personal level. That will mean more to anyone than a number that came from a standardized test.