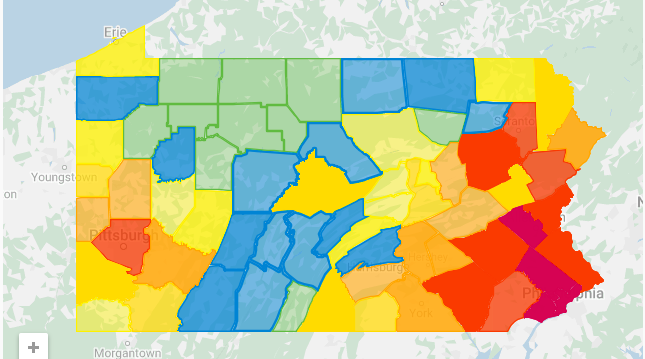 On March 28, governor Tom Wolf placed Beaver County along with others on a stay-at-home order due to the high number of cases in these areas. This stay-at-home order was later extended to the entire state on April 1. On April 3, Wolf also made an announcement that face masks were highly recommended to be worn by those who were going out in public. These actions that have taken place in Pennsylvania have been taken by most other states throughout the country.

During the second week of the quarantine, high school principal William Deal started an online video series titled “What’s the Deal…” where he addressed concerns that students, parents and community members may have with events during the spring. In his series of videos, he addressed topics such as graduation, the musical, Keystone testing and spring sports.

In Freedom, the district has had to adjust in order to account for the ongoing pandemic. After the closure of the buildings in the district, the administration had to come up with a different approach on how they would handle learning. Starting on March 30, all students in the high school had to attend online classes with their teachers via Google Meet from 10-2 during the normal school week from Monday to Friday. Students in elementary school had picked up work the previous week to complete in case the district had been closed.

The original deadline for the end of the third nine weeks was on March 25. Because of the closure of the district for the week before and during the end of the nine weeks, the date was moved to April 3 for students to turn in any work that had been due originally during the week that school was first cancelled.

On April 2, Wolf announced that school would be closed indefinitely. This meant that until the order would be given, schools would be using online instruction methods in place of a normal teaching environment.

“We understand that these are trying times and recognize the impact of the coronavirus on our students and communities. First and foremost, my top priority as governor – and that of our education leaders – must be to ensure the health and safety of our students and school communities,” Wolf said.

Also in the district, the cafeteria workers and staff continued their food distribution program to help families get meals for themselves. The staff continued to hand out lunches at Big Knob, Conway and the middle school for anyone that came by throughout the week to pick up meals.

On April 9, Wolf announced the closure of all schools for the rest of the academic school year. Despite the school closures, Wolf still heavily encourages schools to continue through different means, such as online learning.

“We must continue our efforts to mitigate the spread of the virus during this national crisis. This was not an easy decision but closing schools until the end of the academic year is in the best interest of our students, school employees and families,” Wolf said.

With the cancellation for the rest of the school year, faculty and administration are also deciding what to do with events that would have taken place during this time, such as Prom and graduation. Other events, such as the senior Cedar Point trip, have already been canceled.