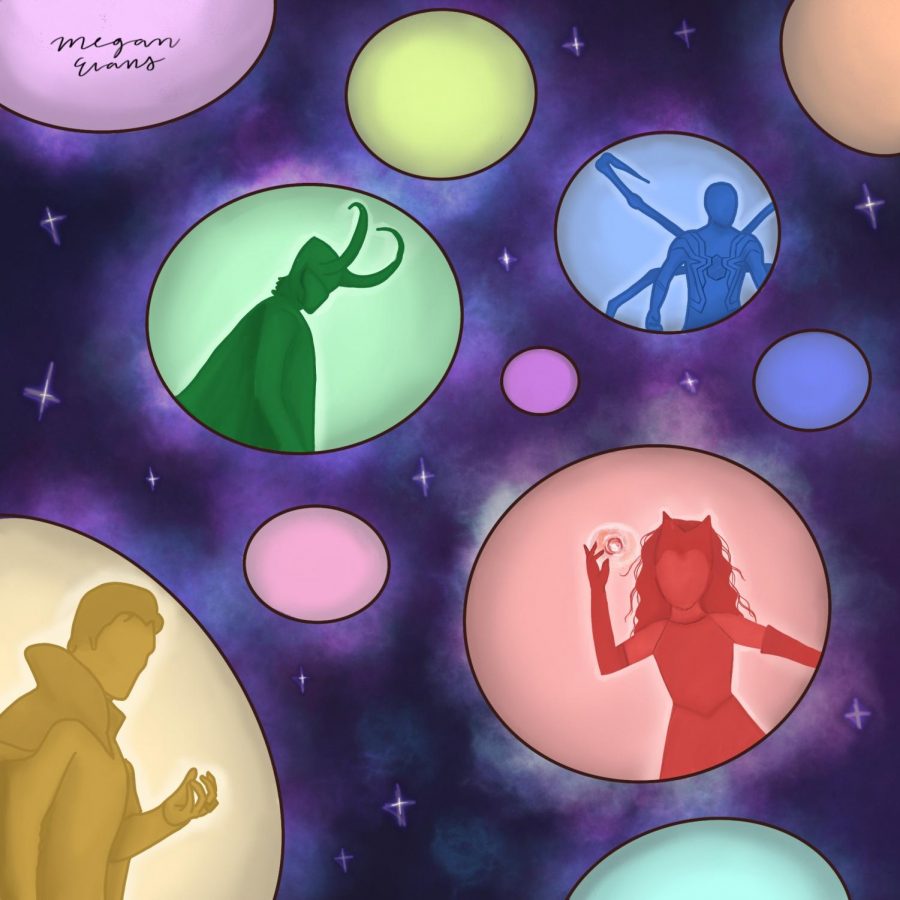 The Marvel Multiverse is made up of every character and their other version— better known as variants— in another timeline.

The Marvel Universe has been rapidly expanding. After the conclusion of “Avengers: Endgame,” new characters have been introduced, and some of the old ones have come to a close. Marvel has also introduced several TV shows on Disney+, launching themselves into a new era.

The Multiverse was officially introduced to the universe in Marvel’s first-ever television series, “WandaVision.” Filled with grief, Wanda trapped people in a town and used mind-control on them so that she could live out her counterfeit life with her husband, Vision. After finding out she is the Scarlet Witch, Wanda realizes the true power and potential she holds. Soon after that, she secures herself in a cabin to continue her insight. She then hears her two children, Billy and Tommy, yell out for help from a different universe, which is the first look into the Multiverse, a phenomenon in the Marvel Universe. The potential the Multiverse holds could send anything and everything into chaos in a matter of seconds.

“Loki,” was the second series that took a deep dive into the Multiverse, and it showed the strength it holds. The Loki series takes place after the battle of New York in 2012, when Loki steals the Tesseract, also known as the Space Stone, inevitably leading him to the Time Variance Authority (TVA). The TVA takes care of the timeline in all known universes and keeps all branching timelines from forming into one. After Loki had spent some time in the TVA, he went on a mission to go into other timelines to find a fugitive. He finds out that the fugitive is himself, but from another timeline. These people are called variants; variants are different versions of the same people from different universes. Loki and his variants set out to find the creator or controller of the sacred timeline, and they find He Who Remains, KANG. KANG talks about the different timelines, and the chaos that will erupt if the Multiverse is allowed to continue. In the end, Loki’s variant Sylvie kills KANG, erupting the Multiverse.

The Multiverse is a confusing definition within itself, and many don’t even understand the basic background of it. While Marvel continues to shock their fans with every ounce of content, the hope is that the Multiverse will be cleared up even more and the upcoming movies will give more to the definition. This new area of the Marvel Cinematic Universe creates a whole new world for fans to enjoy and allow themselves to get lost in, time and time again.